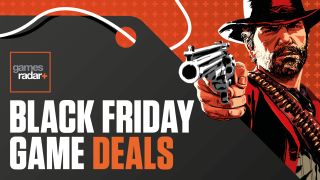 The time has arrived: it's November 29 and the Black Friday game deals are here, in fact, there are game deals everywhere, from PS4 Pro console bundles at a best-ever $299, an Xbox One S All Digital console for an incredible $149, and Nintendo Switch deals for $199.96. Consoles, bundles, controllers, the year's hottest games - you name it and it's probably on sale. But don't worry about scouring the internet for the best deals of the day, as we've rounded up all the greatest discounts from the top retailers and organized them neatly for your wallet's pleasure. Whether you're looking to wow someone with a great holiday gift, or have a little treat yourself moment, these deals are ripe for the picking. We've gathered some of the best game and console deals we could find, and although it's more of a general summary of the best Black Friday game deals, we've gathered more specific deals in other places for you to peruse at your leisure (maybe not too leisurely, as these deals will go fast).

What are the best Black Friday game deals happening today? We've rounded up the 'best of the best' deals below and you can keep scrolling to see the best console deals, game deals, and more. There are PS4, Xbox One, and Switch bargains galore, and you can check them all out down below. We suggest you do so swiftly, however, as some Black Friday game deals have come and gone already, but don't fret, we'll keep this page updated regularly with the newest available deals, so bookmark it and come back whenever you can.

Black Friday game deals from around the web:

In a hurry? Here's the top deals right now

When do the rest of the Black Friday game deals start?

The Black Friday game deals won't wait to begin until the actual day of the event but it's still good to keep the date centered in your mind: the official day of Black Friday is November 29, the day after Thanksgiving in the US. You can expect discounts on games, accessories, bundles and just about everything else that can be sold to start rolling out no less than two weeks before that date. This is the time of year that your plans will pay off, because if you see something that looks good, you'll want to snap it up ASAP before everybody else can buy out the stock.

When the sun sets on November 29, the Black Friday game deals won't end, however. Expect there to be a bevy of deals through Cyber Monday, which falls this year on December 2.

Andy has been writing about games since 1999, and worked in print mags for over 10 years before switching to the murky world of online.